Street Art
"Street art" is literally what it says. It is visual art made on public street walls (usually unsanctioned artwork). This term became popular after the explosion of graffiti in the early 1980s. Wikipedia

Banksy is an England-based graffiti artist, political activist and film director who remains anonymous. "His satirical street art and subversive epigrams combine dark humour with graffiti executed in a distinctive stenciling technique." His artwork of political and social subjetcs have been displayed on streets, walls, and bridges of cities throughout the world. "Banksy's work grew out of the Bristol underground scene, which involved collaborations between artists and musicians. Banksy says that he was inspired by "3D", a graffiti artist who later became a founding member of the English musical group Massive Attack." Wikipedia 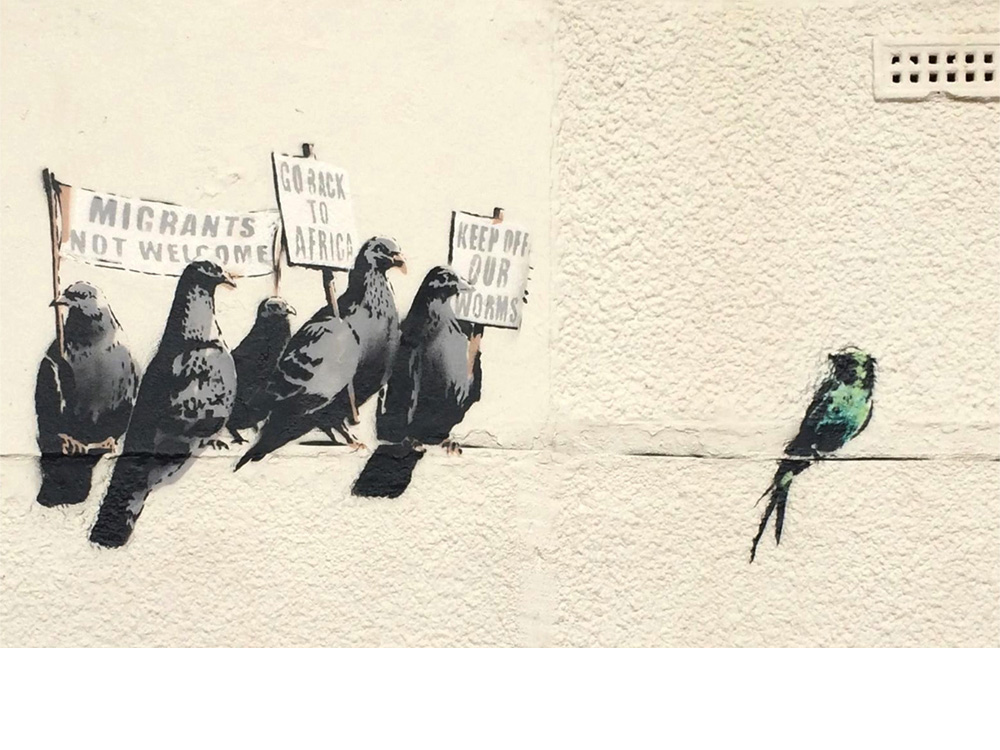 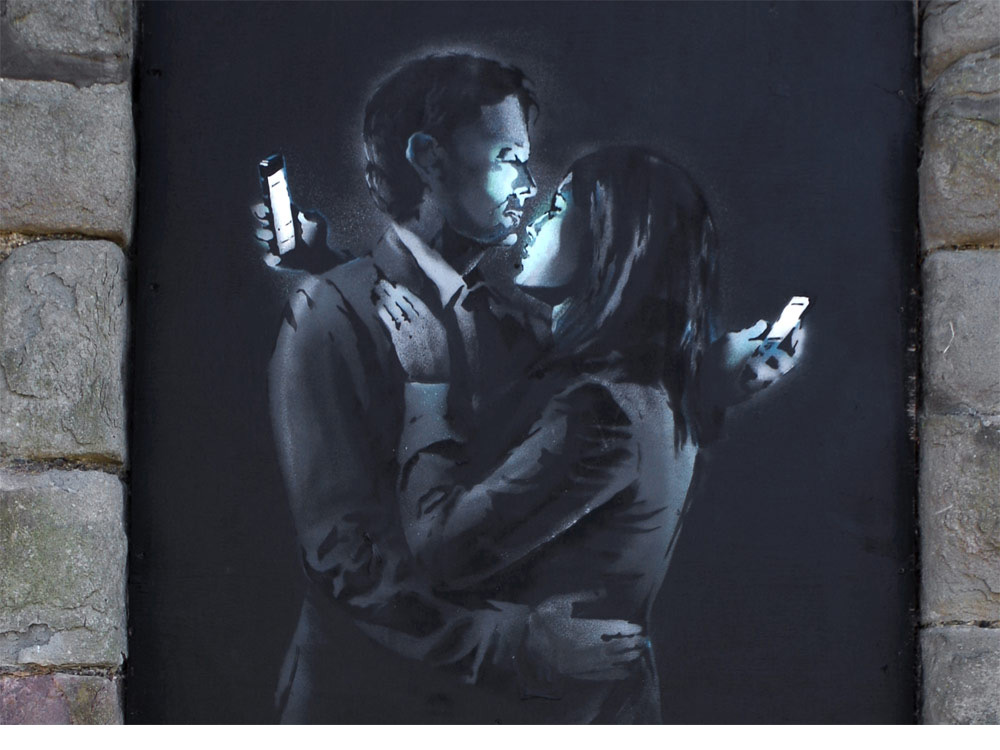 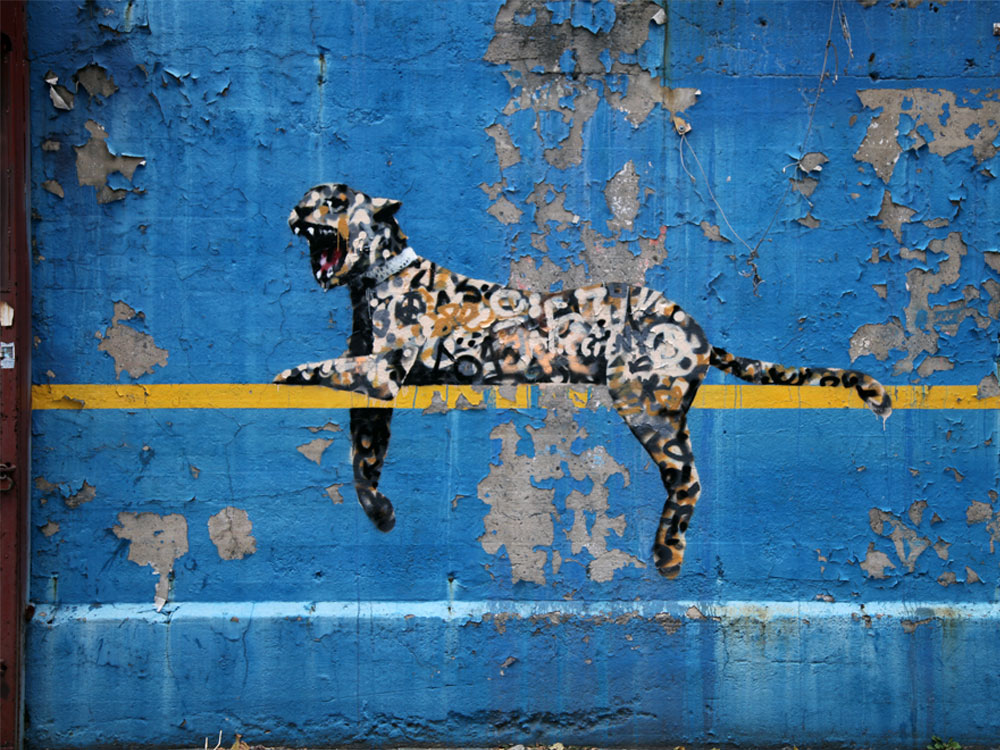 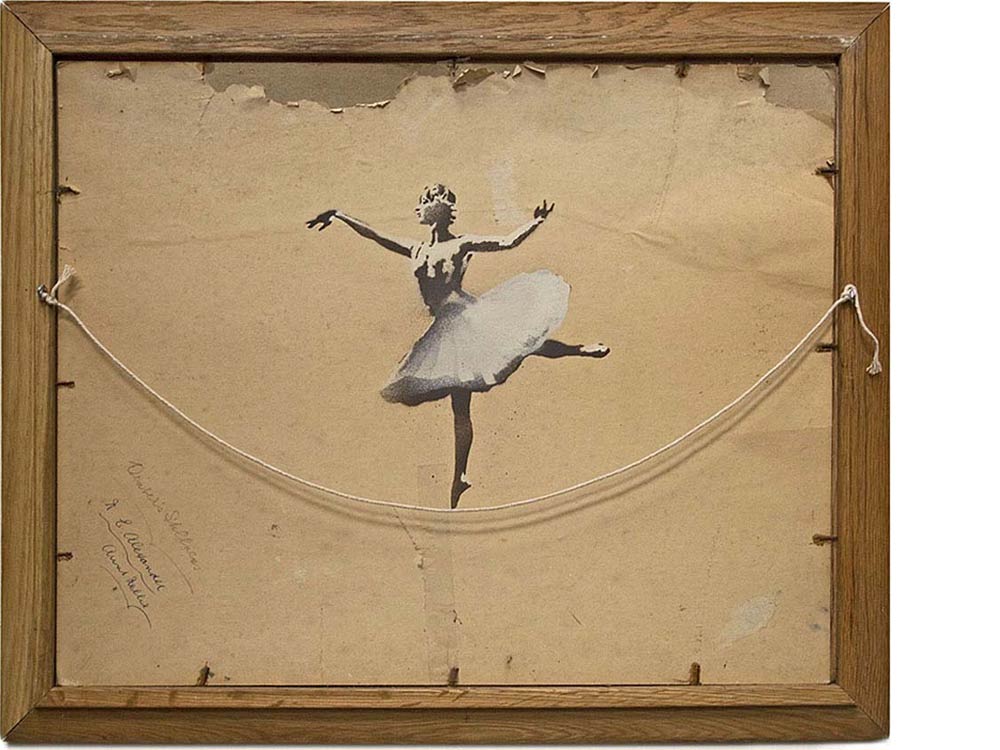 "Banksy displays his art on publicly visible surfaces such as walls and self-built physical prop pieces. Banksy does not sell photographs or reproductions of his street graffiti, but art auctioneers have been known to attempt to sell his street art on location and leave the problem of its removal in the hands of the winning bidder. Banksy's first film, Exit Through the Gift Shop, billed as "the world's first street art disaster movie", made its debut at the 2010 Sundance Film Festival. The film was released in the UK on 5 March 2010. In January 2011, he was nominated for the Academy Award for Best Documentary for the film. In 2014, he was awarded Person of the Year at the 2014 Webby Awards." Wikipedia

"See No Evil is a collection of works of public art by multiple graffiti artists, located around Nelson Street, Bristol, UK. The initial event to create the artwork took place over the weekend of 20/21 August 2011 and was Europe's largest street art festival at the time. It culminated with a block party. The street was mostly repainted in a repeat event in 2012." Wikipedia 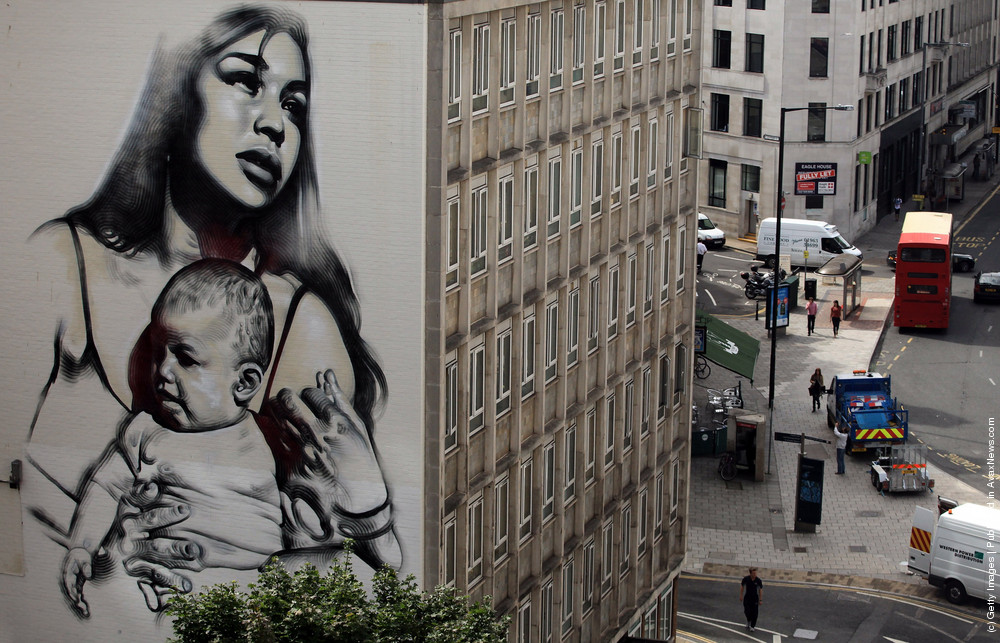 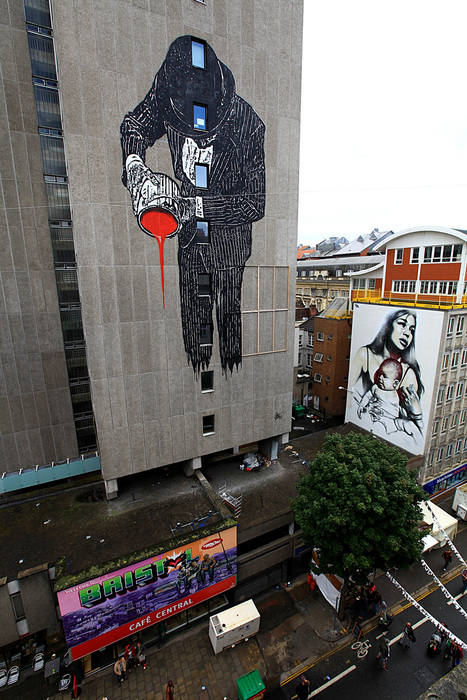 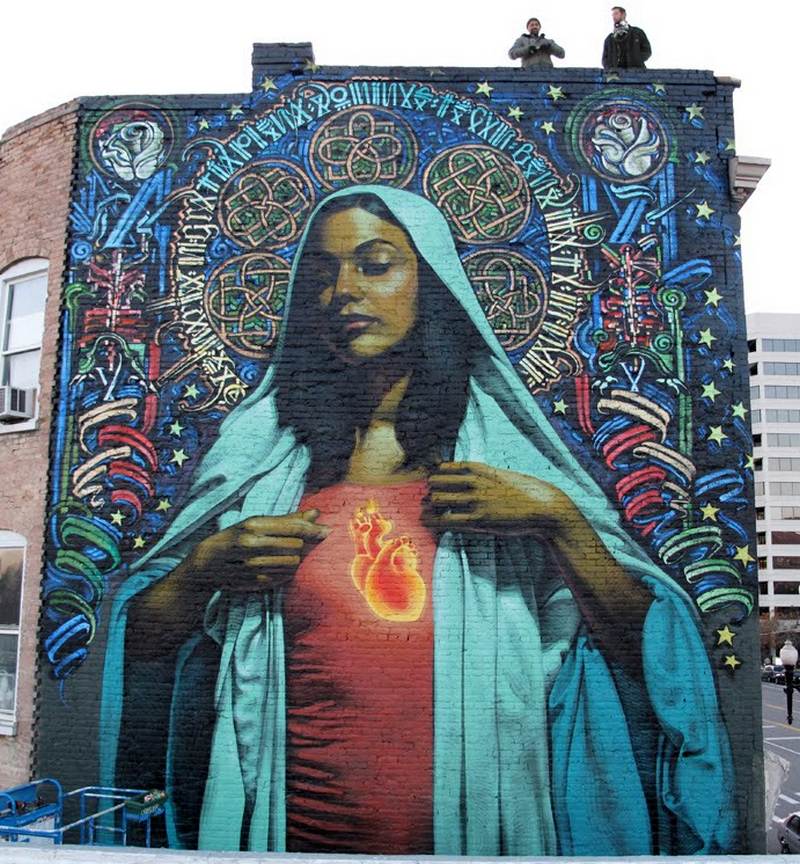 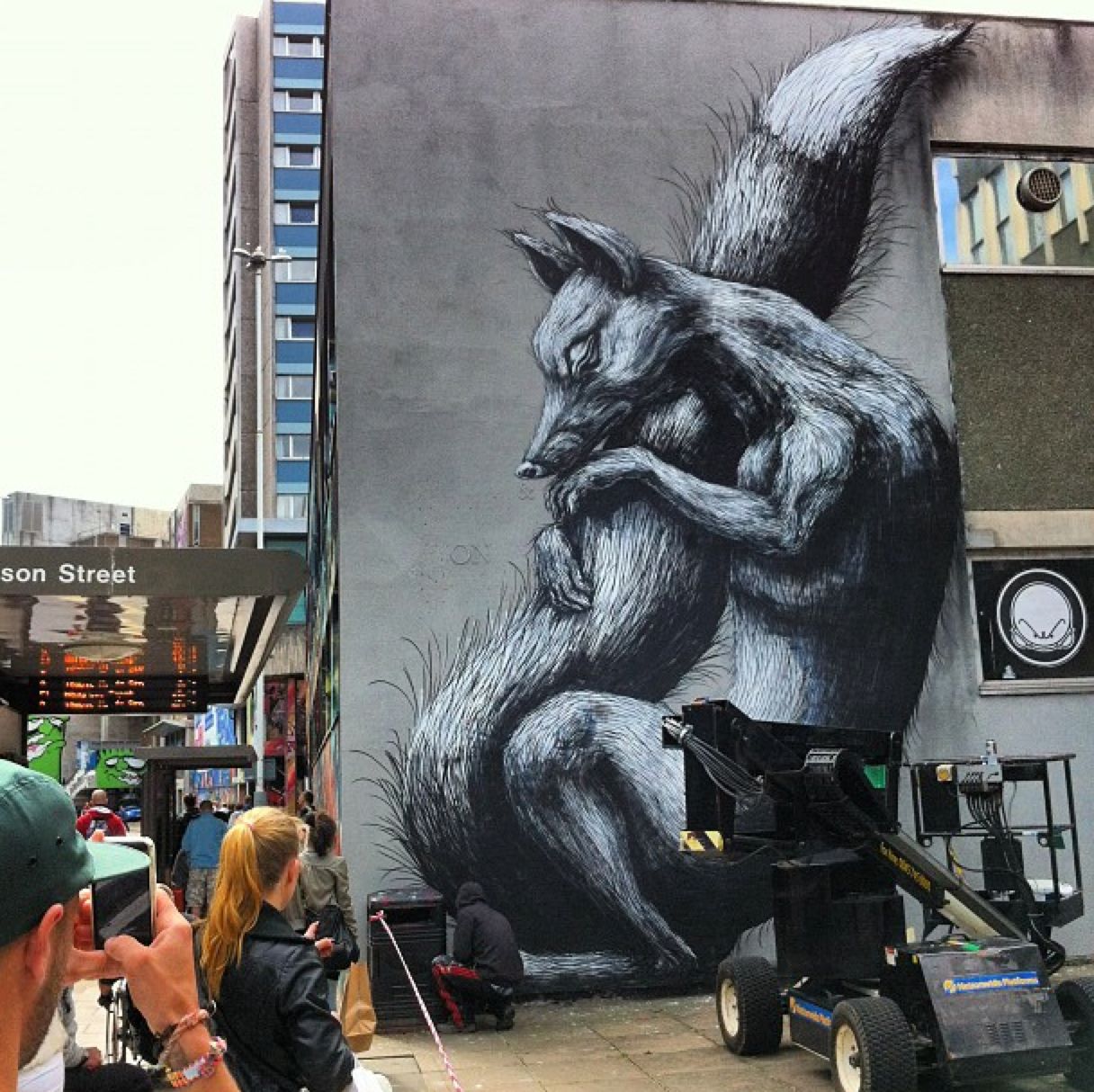 "It comprises murals of various sizes, See No Evil project represents a large number of elements and styles of the street art world, some painted on tower blocks, including a 10-storey office block. The works were created under a road closure, using scaffolding and aerial work platforms." Wikipedia

"Mr. Brainwash (often written MBW) is a name used by French-born, Los Angeles-based street artist Thierry Guetta. According to the 2010 Banksy-directed film Exit Through the Gift Shop, Guetta was a proprietor of a used clothing store, where he began as a security guard, and amateur videographer who was first introduced to street art by his cousin, the street artist Invader, and who filmed street artists through the 2000s and "evolved" into an artist in his own right in a matter of weeks after an off-hand suggestion from Banksy." Wikipedia 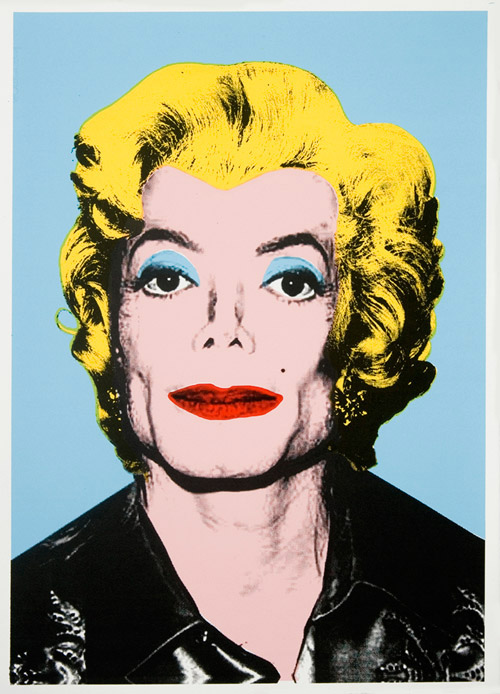 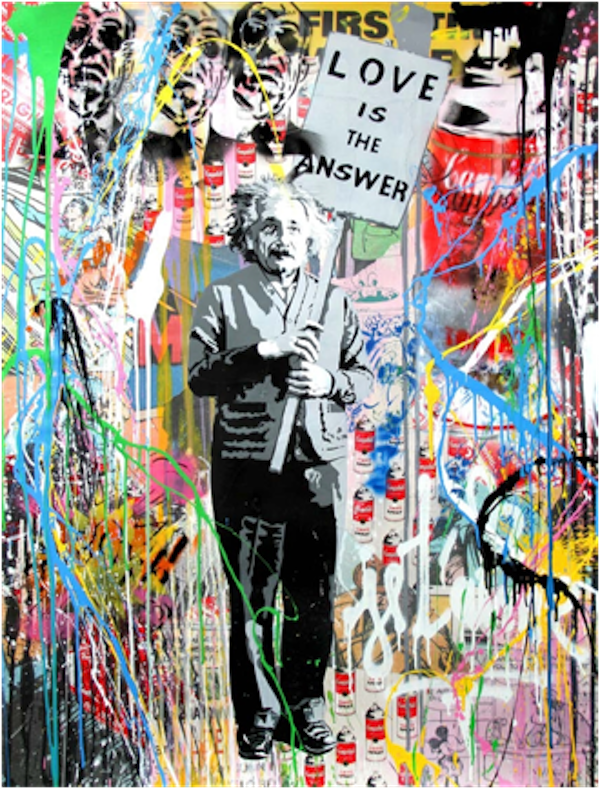 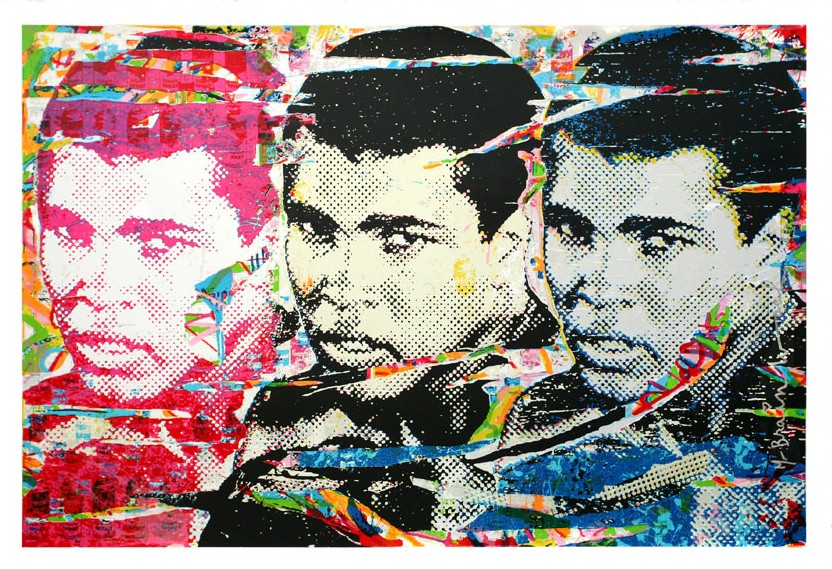 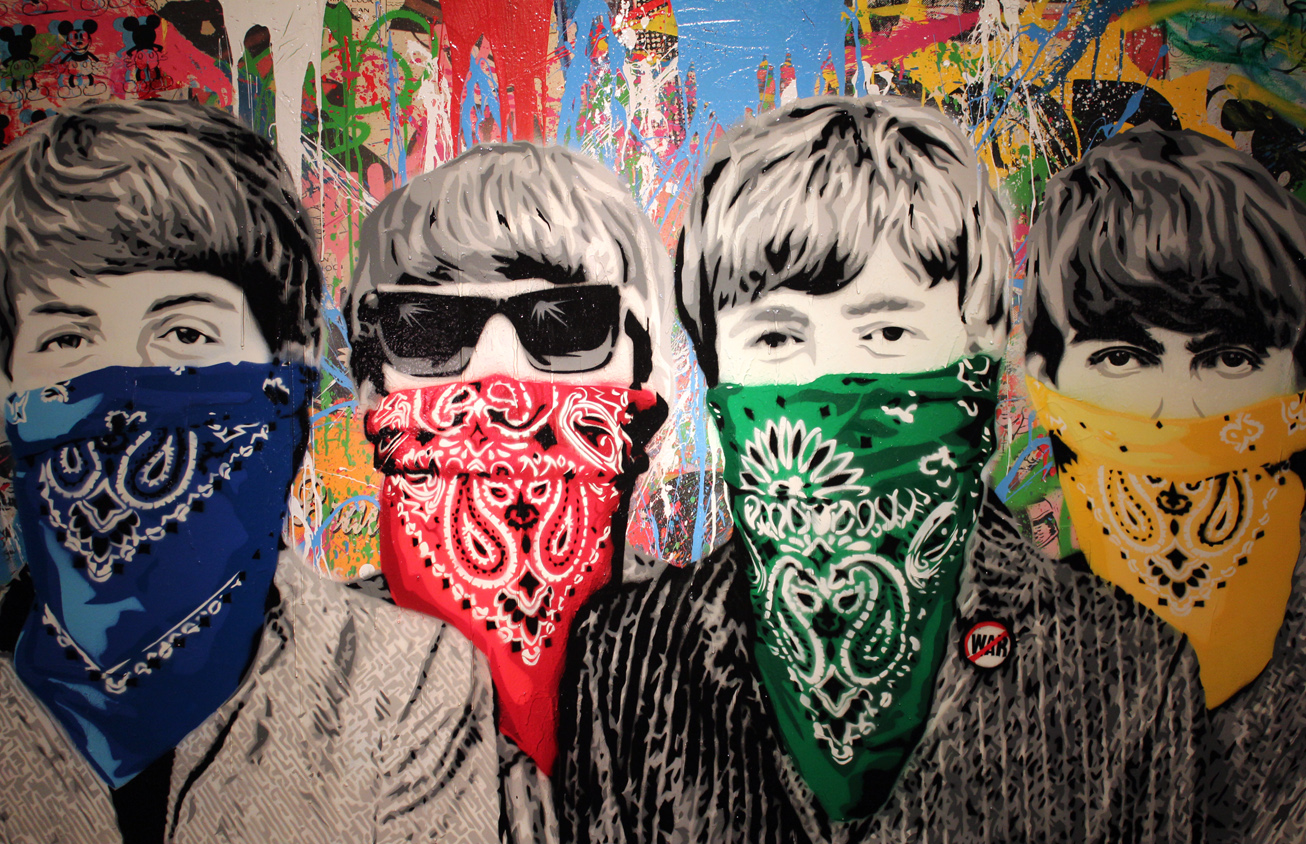 "His work sold for five-figure sums at his self-financed debut exhibit Life is Beautiful, due, it is thought,[who?] to a mixture of an overheated and hyped street art market and – according to Banksy and Shepard Fairey as seen in Exit – his misuse of endorsements from Banksy and Fairey. The exhibit was held in Los Angeles, California, on June 18, 2008, and was a popular and critical[citation needed] success. In 2009, Madonna paid Guetta to design the cover art for her Celebration album." Wikipedia

"Considered the founder of Guerrilla Knitting, Magda’s 11 year body of work includes the widely recognized knitted/crocheted covered bus in Mexico City as well as her first solo exhibit in Rome at La Museo des Esposizione . Her work has evolved to include large scale installations around the world including commissions and collaborations with companies such as Commes Des Garcon, CR Fashionbook, Absolut Vodka, Insight 51, Mini Cooper, Gap, Smart Car, etc. She continues to participate in shows such as Hangzhou Triennial of Fiber Art, Milan’s Triennale Design Museum, Le M.U.R. in Paris, Artscape Festival in Sweden, and the National Gallery of Australia, among others. Her installations have also been featured prominently in contemporary venues, such as The Standard Hotel, South By Southwest, Austin City Limits Festival, Dover Street Market, 4510 in Dallas, as well as Ten Over Six and By George in Texas and California." Link 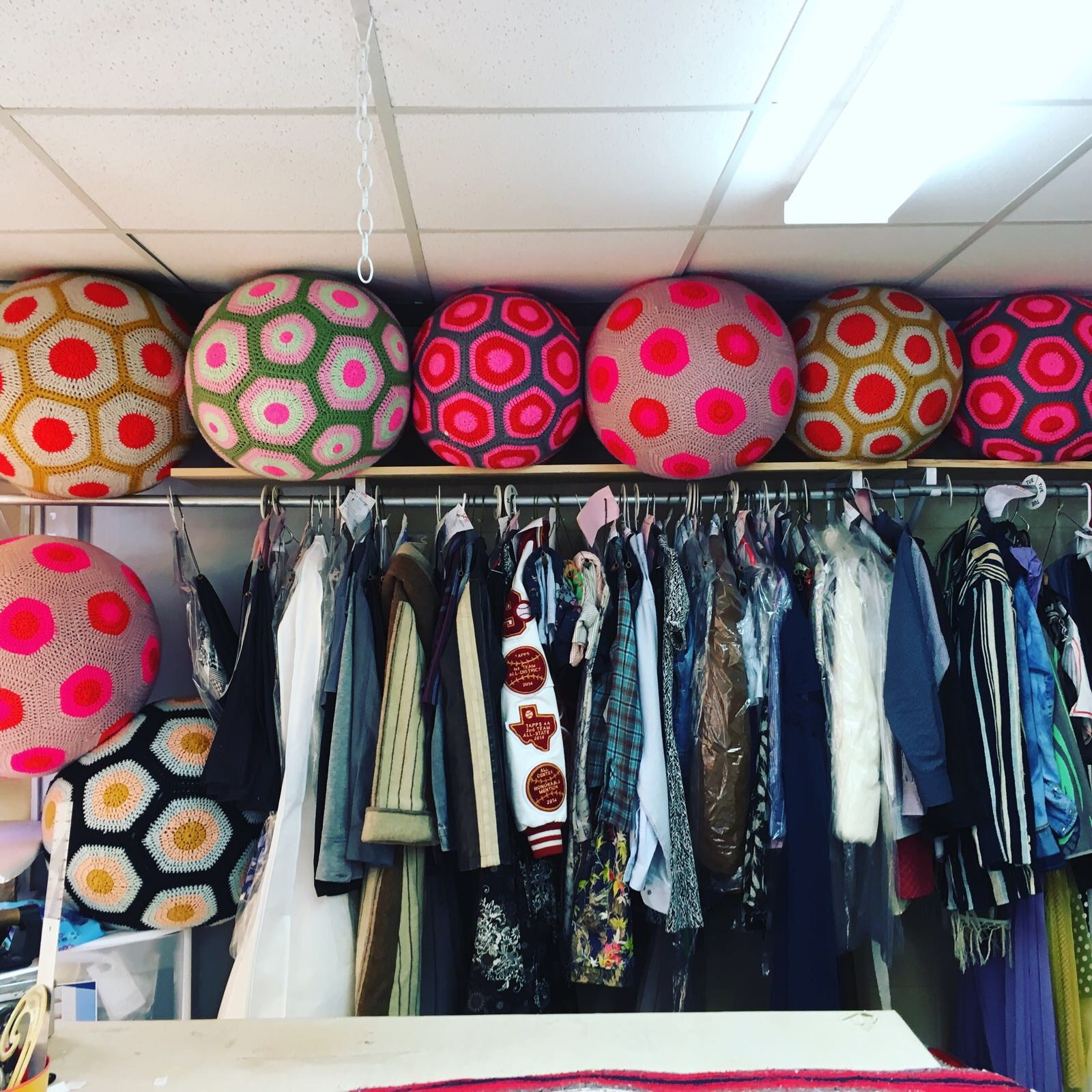 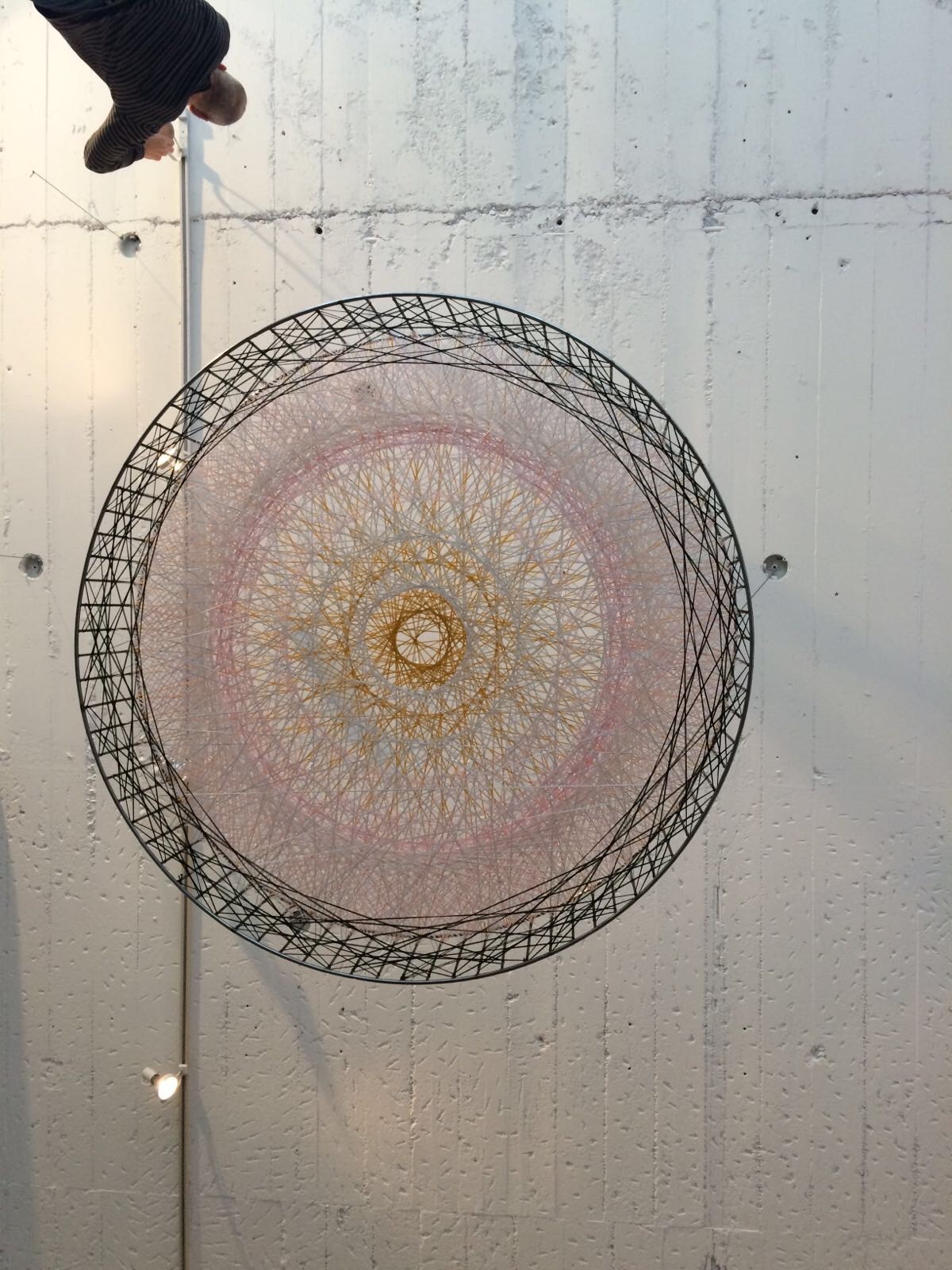 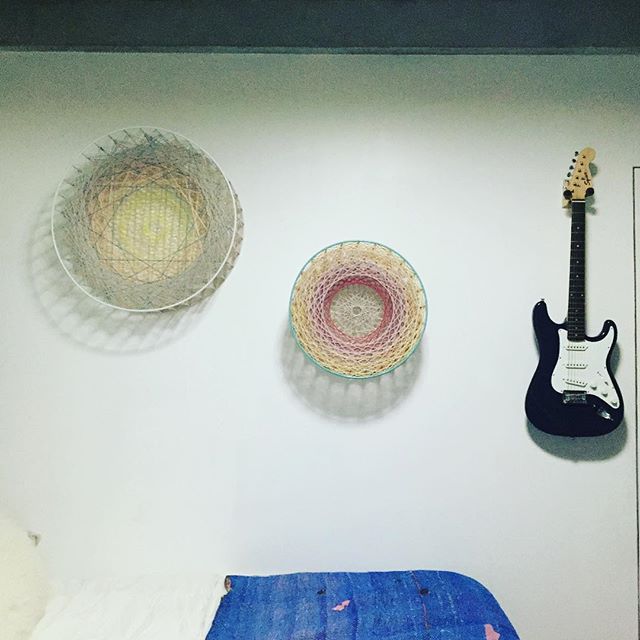 "My passion is with the material: I love displacing hand made, mostly woven, material in environments where it seemingly doesn’t belong… only to discover that they can coexist quite harmoniously. I understand the limitations of this medium intimately, and I continue to challenge it. There is a transformation that occurs when I cover an inanimate object with soft hand made material. This interaction changes the object without taking away its identity or paralyzing its original function. It is this unplanned arrangement of the material that makes these objects come to life, become sculptural and even redefine or reinterpret a space.The exploration of environmental change drives me: provoking the world to be a more challenging, unconventional, and interesting place." - Magda Sayeg Link

"Victor Ash, also known as Ash, is a Copenhagen-based artist originally from Paris, France. Ash primarily works on canvas, lithography, and sometimes installations. He has exhibited regularly in various museums and galleries around the world since the late 1980s." Wikipedia 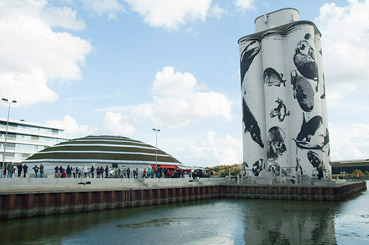 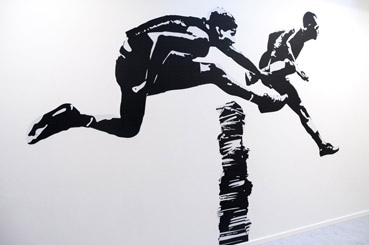 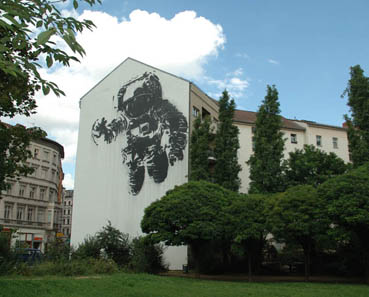 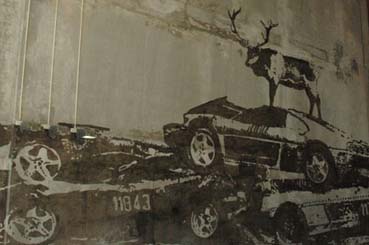 "Ash’s newest pieces are aesthetically very different from the graffiti he was painting in the 80s, and are a departure from the traditional graffiti styles of New York. Ash often uses the themes of contrast between the urban environments and nature and young people's quest for identity in subcultures." Wikipedia

"Frank Shepard Fairey (born February 15, 1970) is an American contemporary street artist, graphic designer, activist, illustrator and founder of OBEY Clothing who emerged from the skateboarding scene. He first became known for his "Andre the Giant Has a Posse" (…OBEY…) sticker campaign while attending the Rhode Island School of Design (RISD), which appropriated images from the comedic supermarket tabloid Weekly World News." Wikipedia 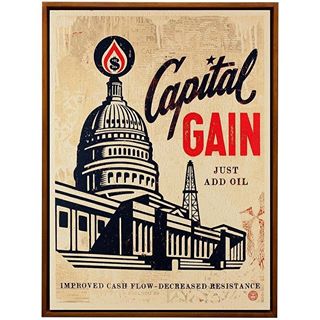 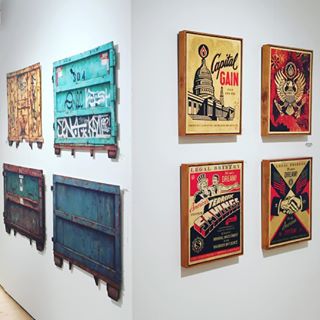 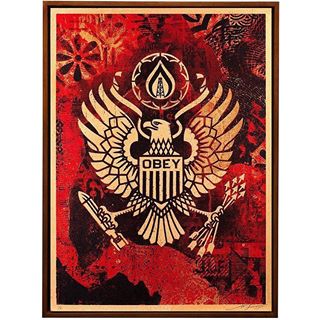 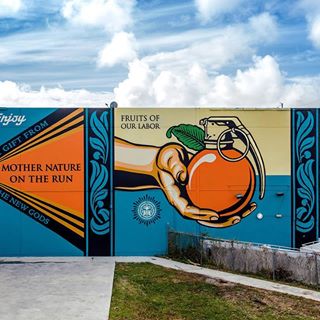 "He became widely known during the 2008 U.S. presidential election for his Barack Obama "Hope" poster. The Institute of Contemporary Art, Boston calls him one of today's best known and most influential street artists. His work is included in the collections at The Smithsonian, the Los Angeles County Museum of Art, the Museum of Modern Art in New York City, the Museum of Contemporary Art San Diego, the National Portrait Gallery in Washington, D.C., the Virginia Museum of Fine Arts in Richmond, and the Victoria and Albert Museum in London." Wikipedia

Back to Home Page